While in Munich we took a day trip to Salzburg, Austria.  We had a rental car and trusted Chris to drive us there.  I was hoping for another stamp in my passport, but since Austria is part of the European Union we could cross in the country without customs.

Our adventures began in the late morning when we arrived in the beautiful town.  We went by the the house where Mozart was born on our way to get some coffee (hot chocolate for me). 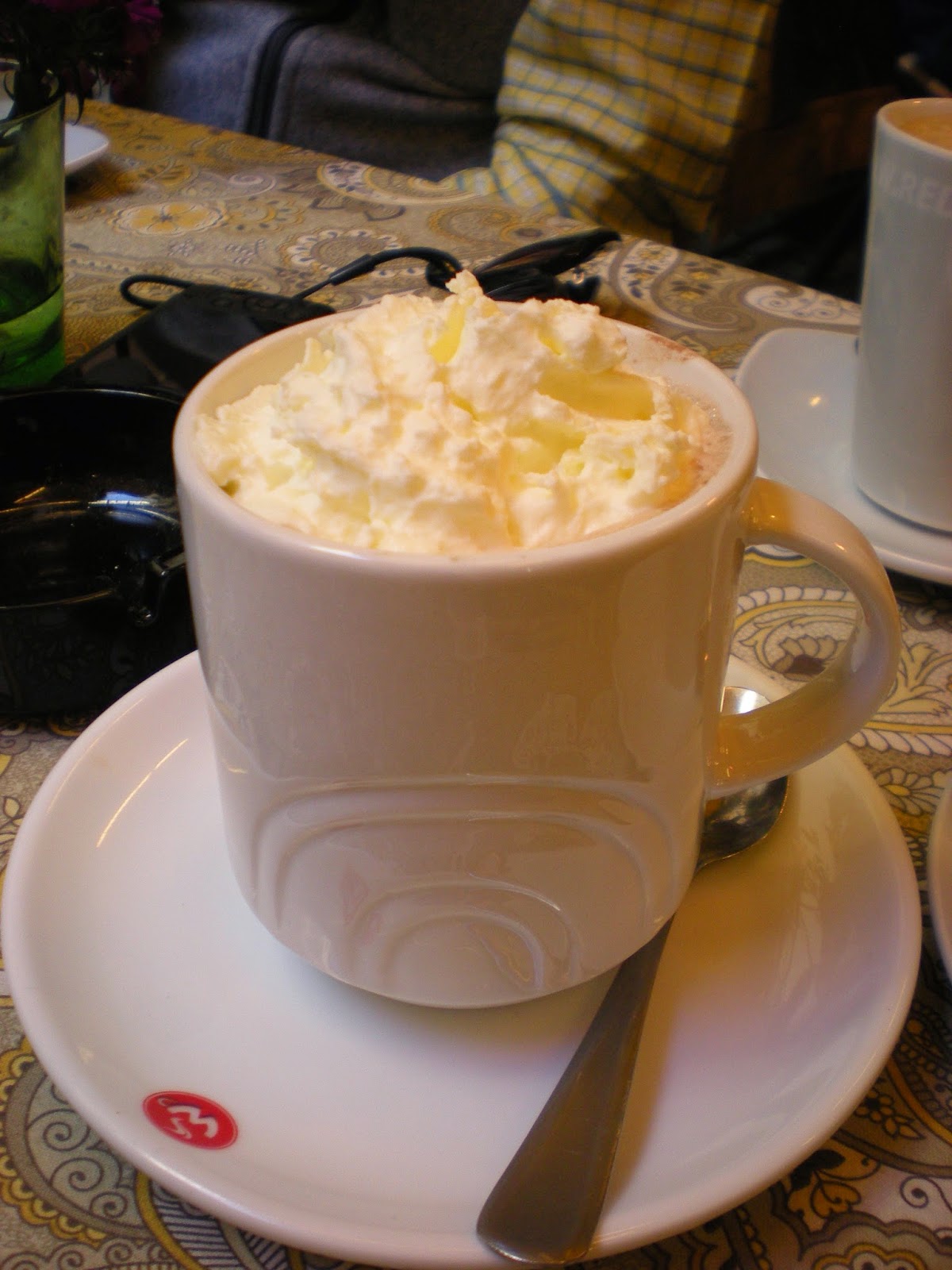 Then, we worked our way towards the Hohensalzburg Castle.  We rode the railway up...its like the incline in Pittsburgh.  The views were absolutely breathtaking from the castle.  We stopped and had a drink at the cafe and looked around a bit before heading back down to town. 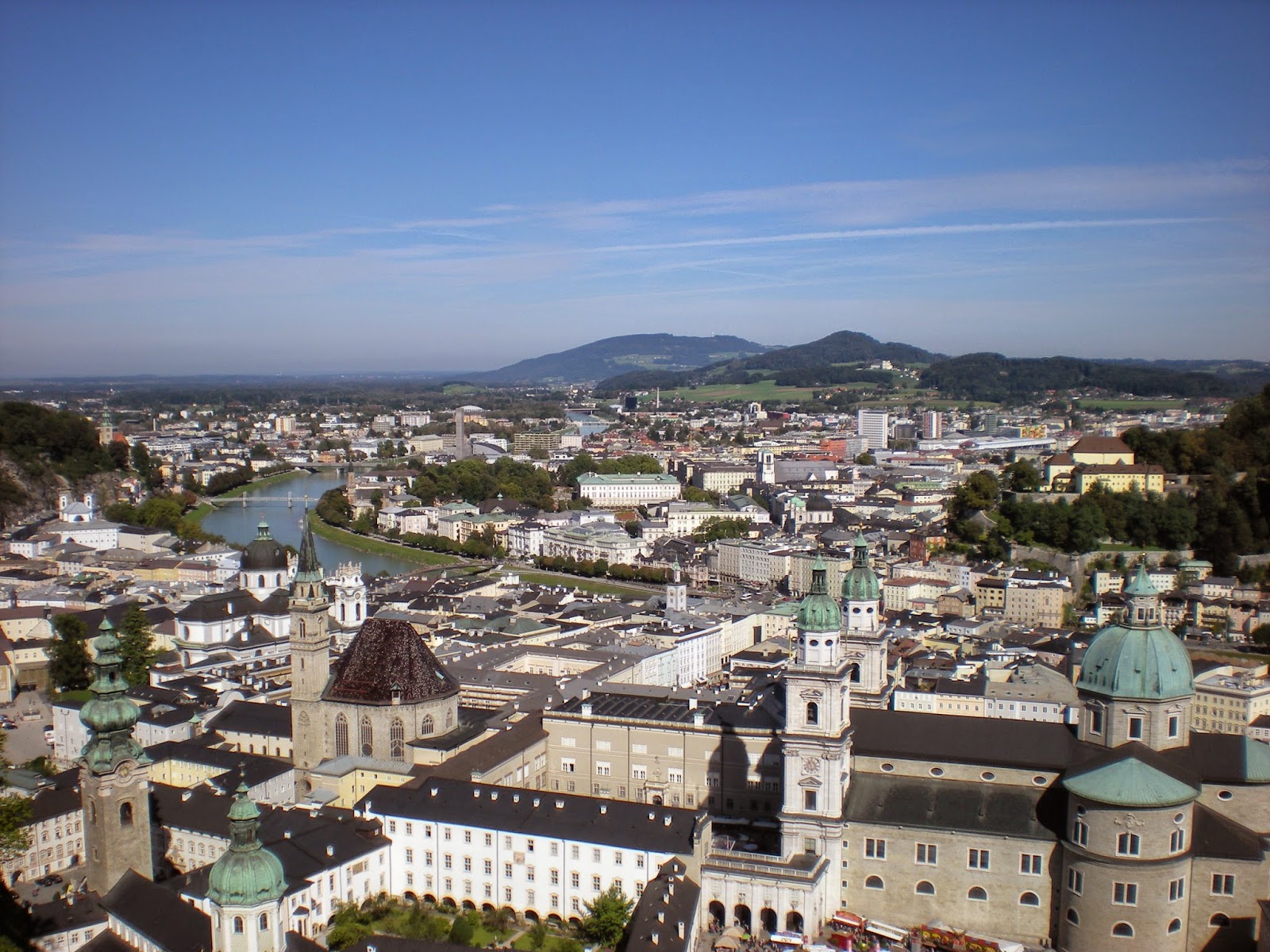 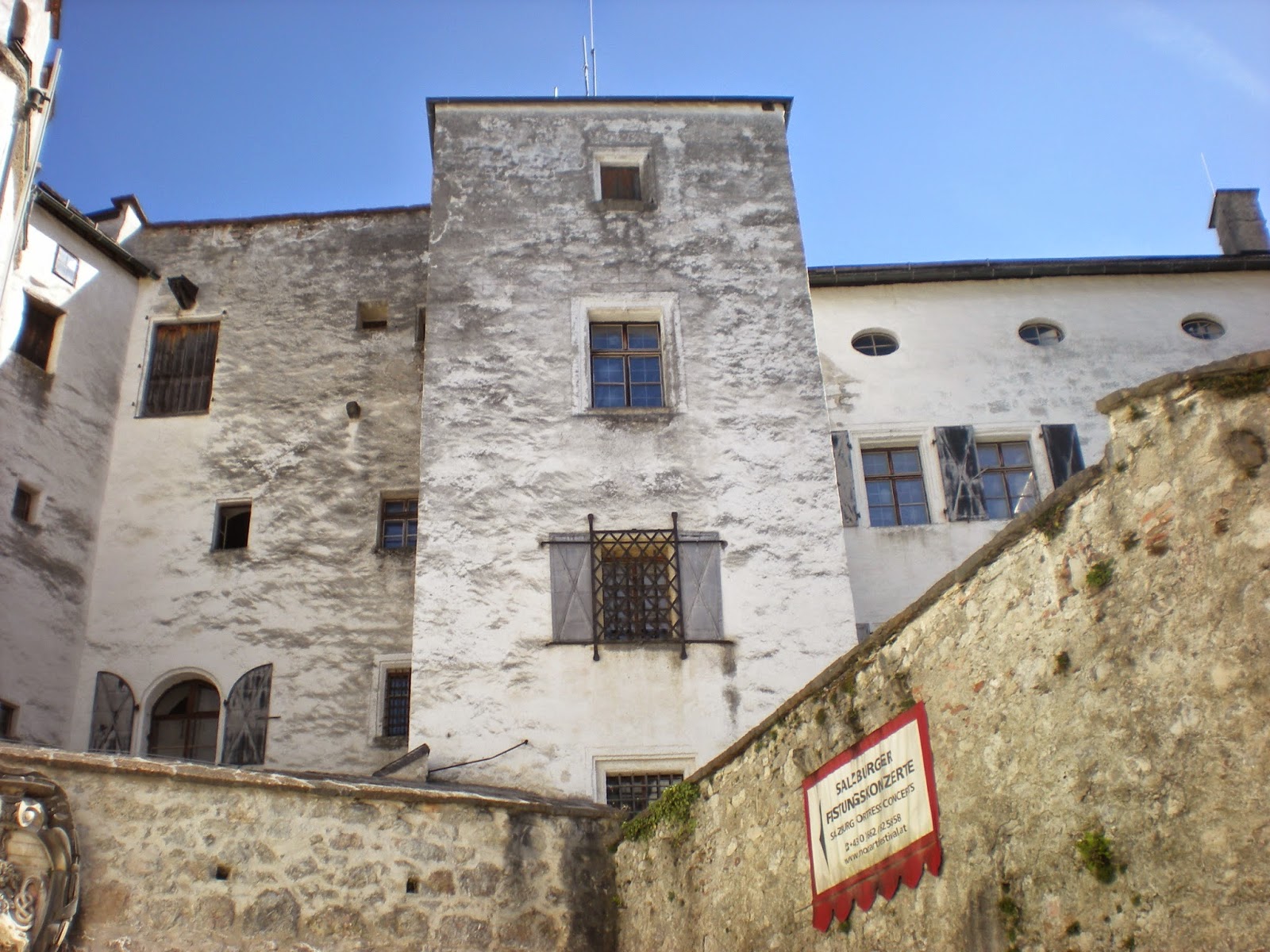 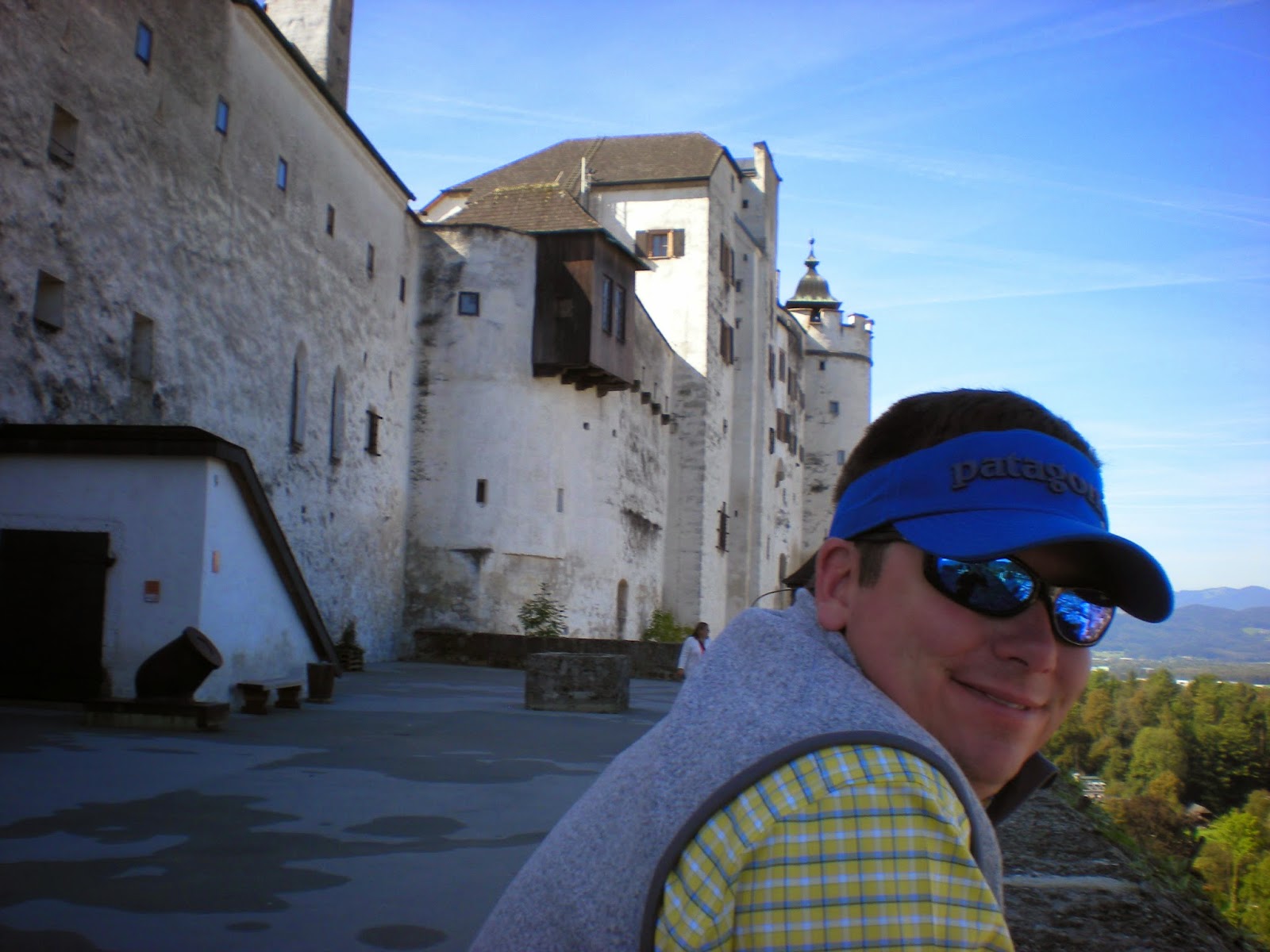 There was a festival of some sort going on, so the streets were filled with people having fun.  We had another drink at a local cafe before finishing our walk and headed to eat dinner. 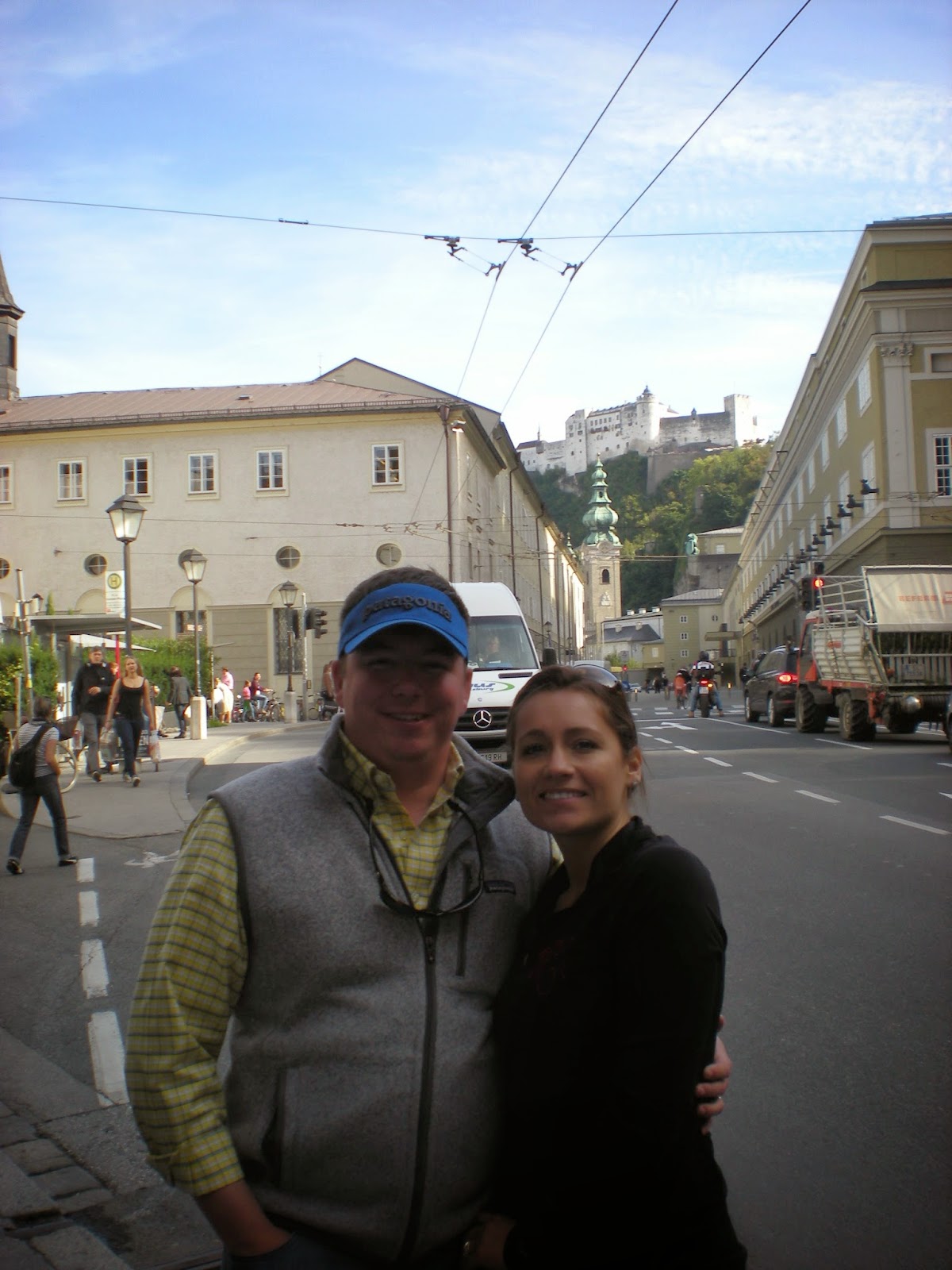 We stopped for a bite to eat on the way back to Munich.  Unfortunately, I don't remember the name of the restaurant, but it was also a hotel.  I want to say it was the Sunsetter or something of that nature.  The views from our dinner table were amazing and the food was pretty tasty too! 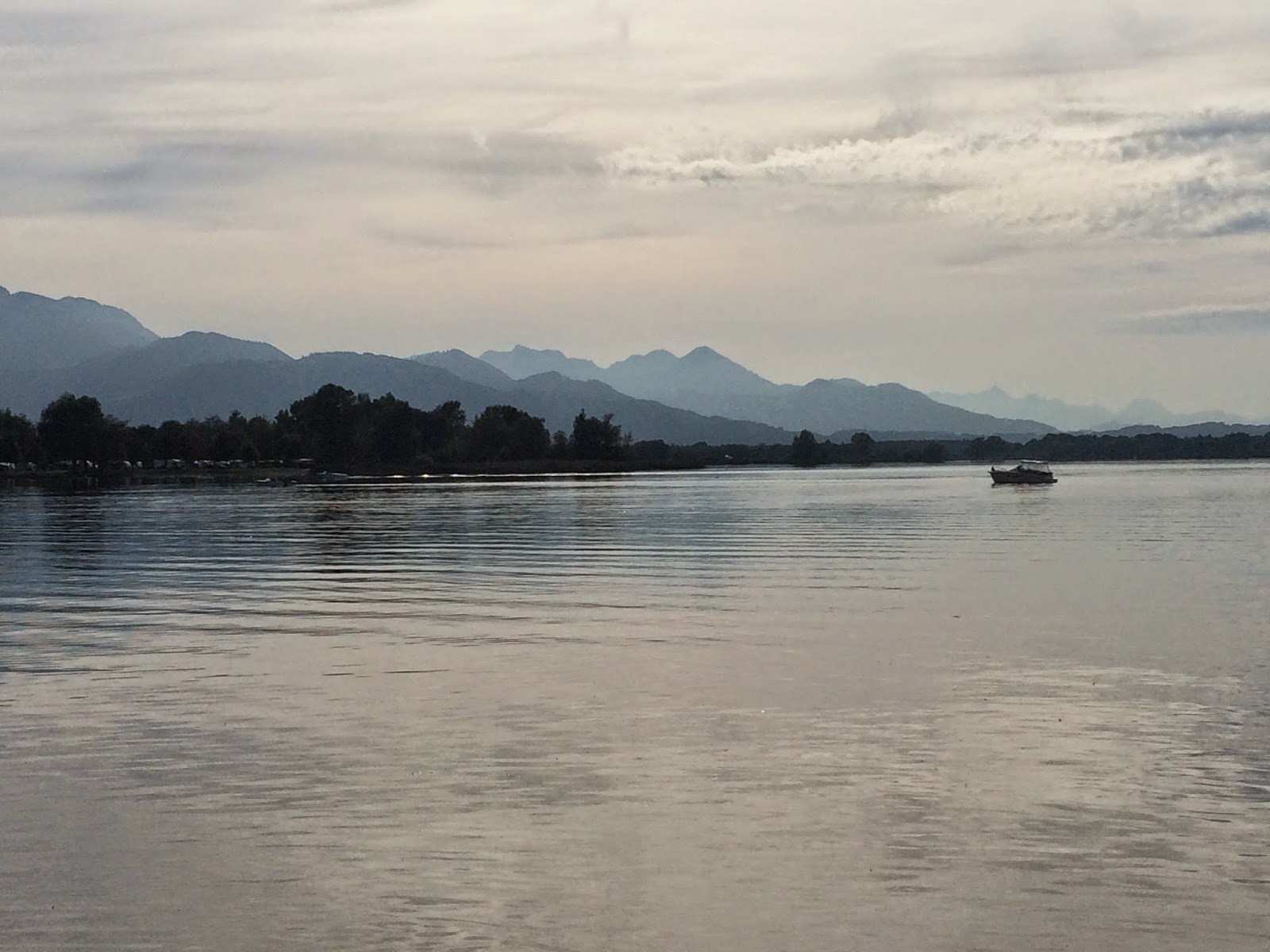 I think most of us took a nap on the way back home from our fun-filled day!  I couldn't help myself when I saw pretzels in Salzburg, so I had to try one.  Unfortunately, it wasn't near as good as the ones I had in Munich : (  But I still ate it! Haha

We loved Salzburg!  I would like to go back and do the Sound of Music tour next time.