Unsere Abenteuer in München (Our Adventures in Munich)

Our adventures began with a trip to Munich, Germany.  We left our house on Saturday morning around 10am and didn't get to Munich until 8am on Sunday!  We were rather spoiled on our journey over the ocean as we got to be in first class...plush Westin bedding, a lay flat chair/bed, our own personal TV, all the beverages we could imagine and some decent food.  The 9+ hour flight was actually rather enjoyable and I slept like a baby.  I definitely got some help from my happy pill - I had my doctor give me a prescription to help with my anxiety over such a long flight.  My doc rocks!!

Upon our arrival to the Hilton in City Center, we took a short cat nap to get us ready for the day.  We crashed for about an hour then needed to get up and start our day (at noon).  We walked around the city, seeing all kinds of exciting sites then stopped for lunch...and of course our first German beer! 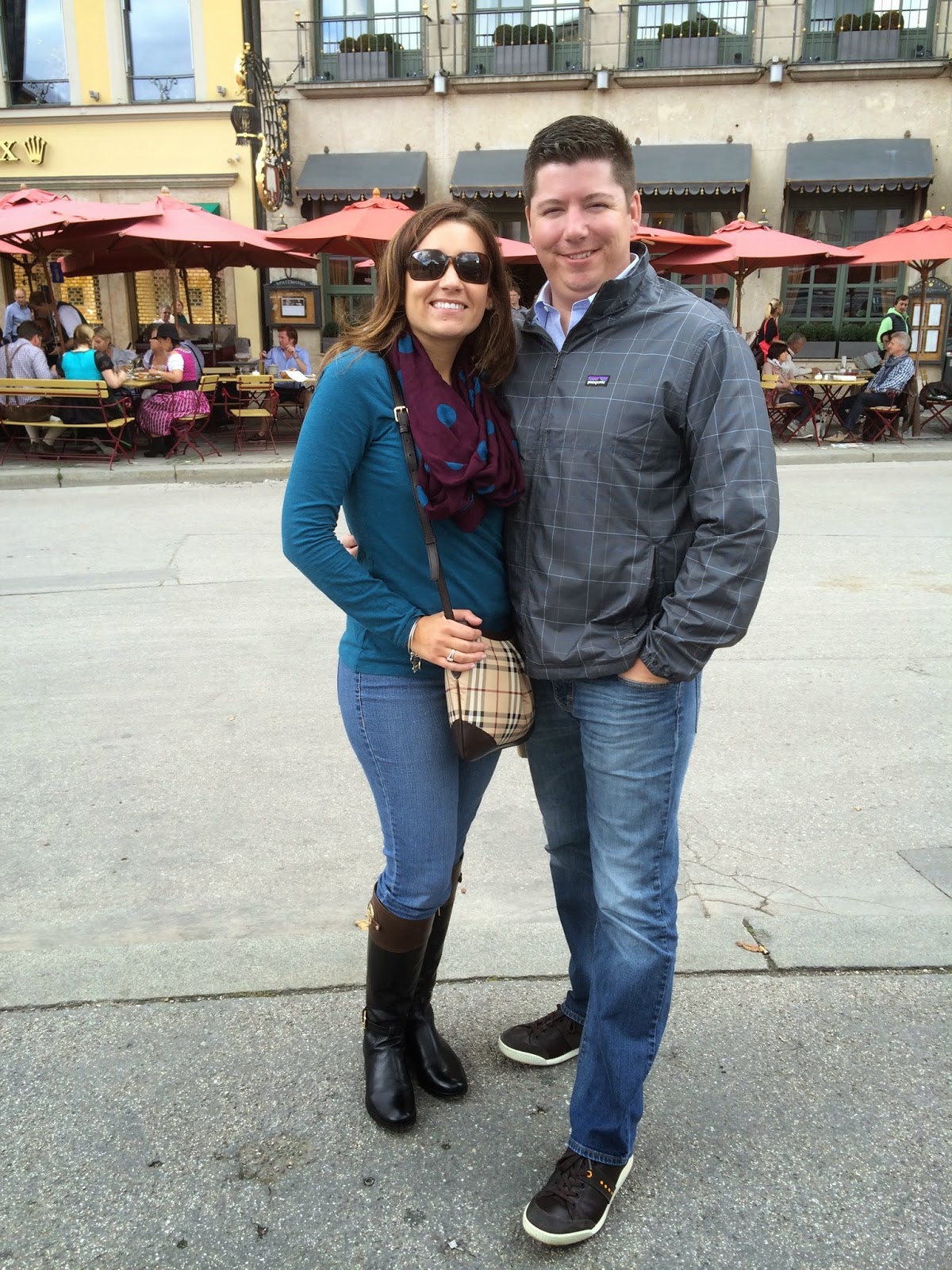 At the Hofbrauhaus!!
On Monday, the guys had a meeting so Shawn and I ventured out by ourselves for some site seeing.  We went to St. Peter's Church and climbed the tower.  It was quite the workout, but the view was amazing!! 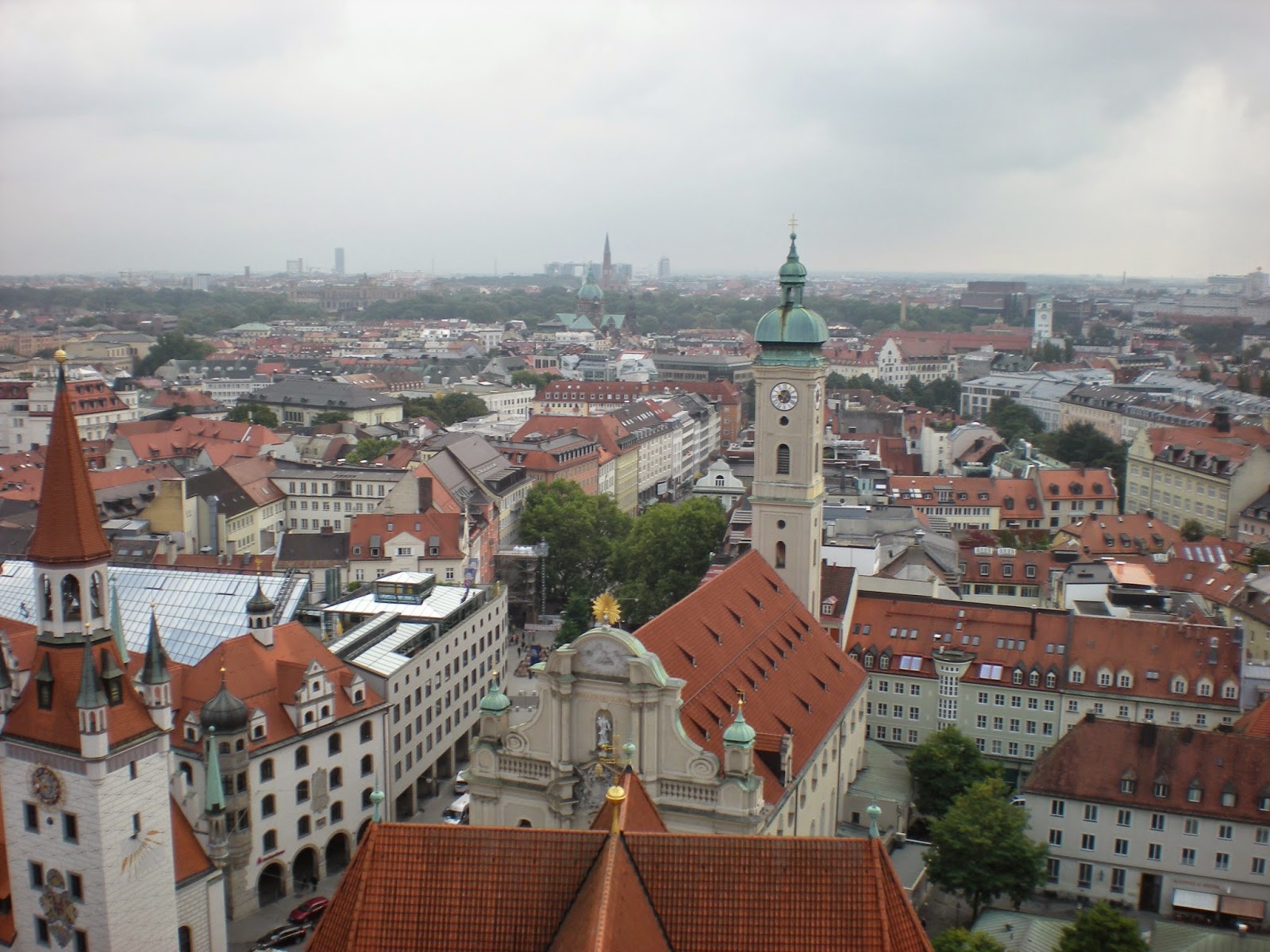 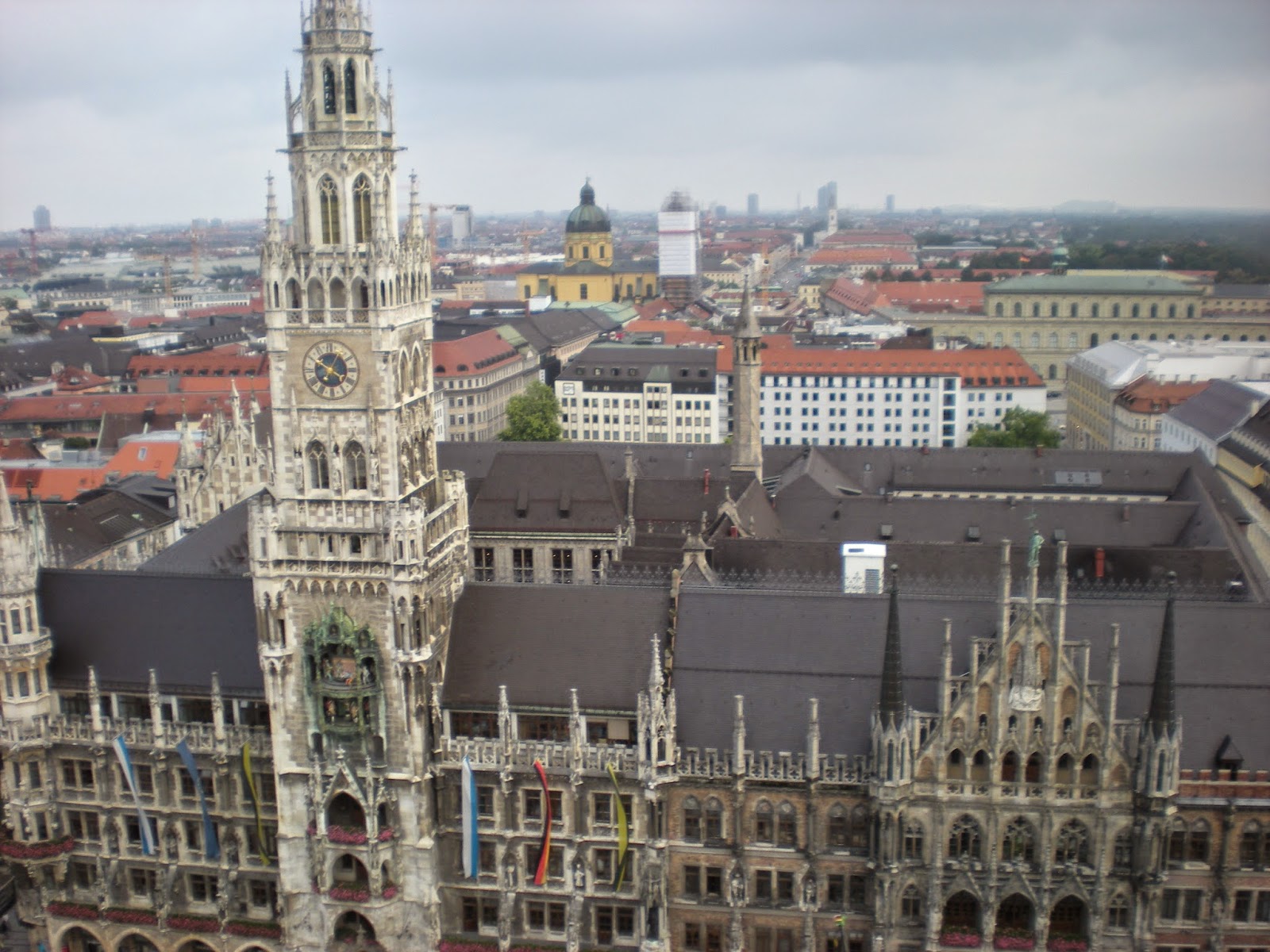 Later that afternoon, the guys joined us for a city tour.  In an hour and a half, we saw a great deal of landmarks around the city.


We concluded the evening with dinner at the oldest working brewery in the world - Weihenstephan.  The monks started brewing beer in 1040 (yes, that is not a typo)!!  We had a delicious dinner and some tasty beer.
Tuesday began with another day of adventure for the ladies, while the guys had more meetings.  So, Shawn and I went headed to Schloss Nymphenburg (aka Nymphenburg Palace).  The grounds were beautiful and the palace was enormous...I couldn't imagine having something like that as a summer house!
After the guys finished with business, it was time for fun!  The gang headed out to Oktoberfest!!  I have to admit, I wasn't sure what to expect.  I had heard stories of how crazy it was and some negative stories.  I'm happy to say that it was amazing!! Of course there are drunk people, what do you expect at a beer festival?!?!  But, the setup was beyond anything I have ever seen in the US.  They take months setting up the "tents" which are gigantic and then there are rides and lots of other activities happening all around.  Everyone was dressed up in their lederhosen and dirndls...but not us :(  Next time...its happening! 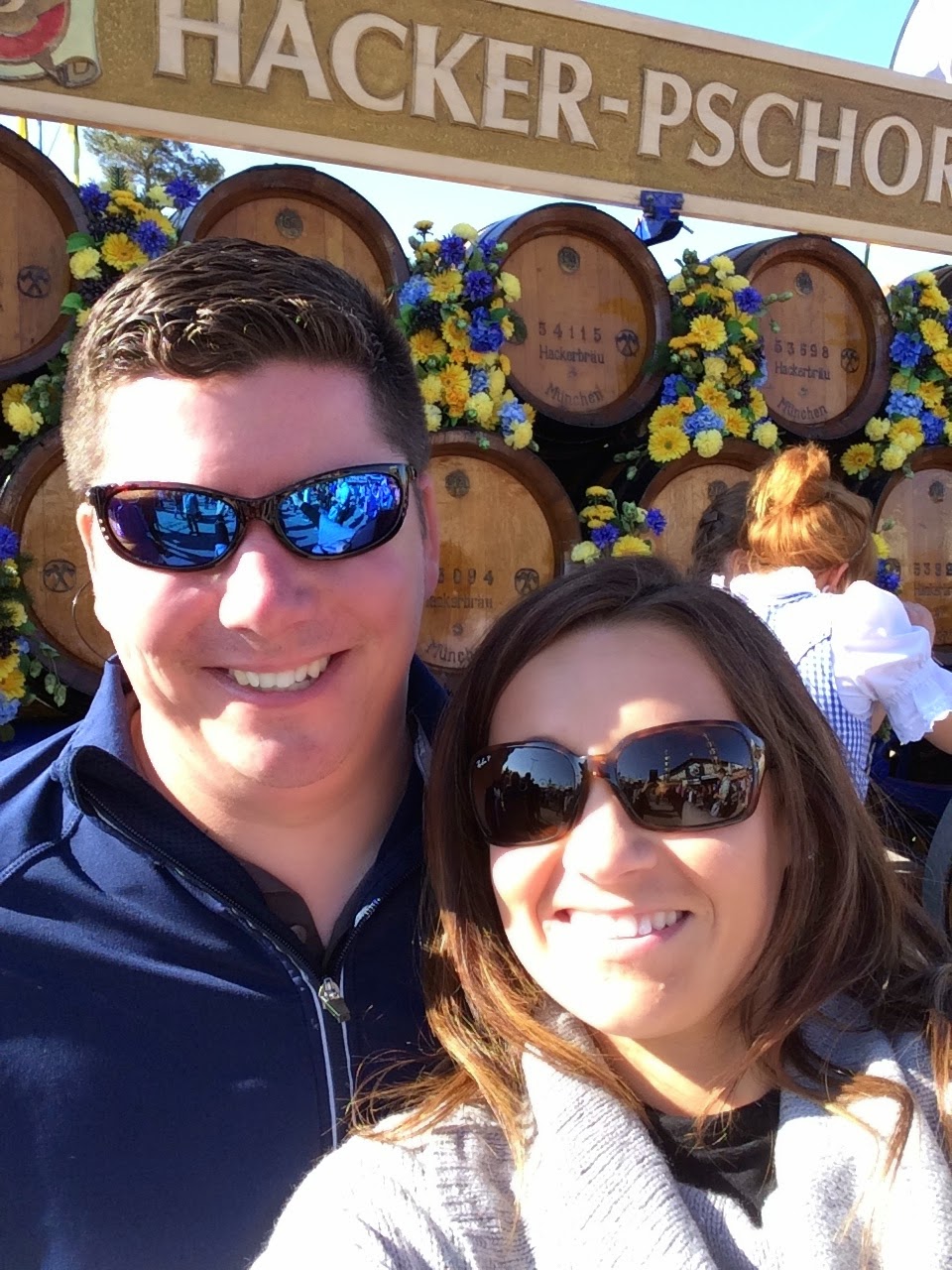 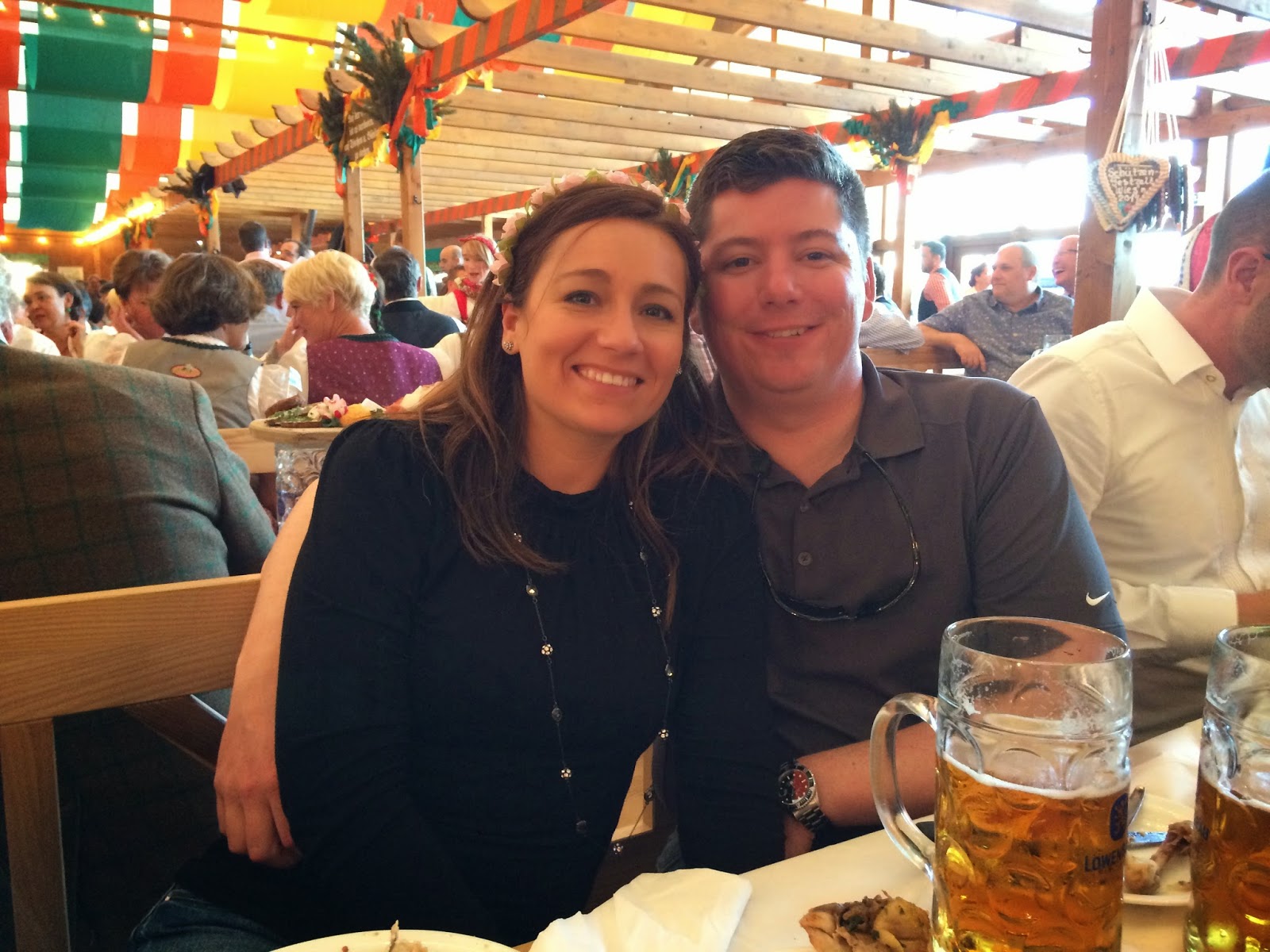 On Wednesday, we took a day trip to Salzburg, Austria...this will be a separate post.

Overall, we loved Germany.  We were so thankful to have Chris with us the whole time.  He got stuck doing a lot of translating for us : )  Munich was very clean and tidy.  As I learned on the trip, Germans are rule followers (maybe that's where I get it)...they don't cross on the crosswalk when its red...even if a car isn't coming.  There are a TON of people riding bikes, so you have to be careful not to get in the bike lane on the sidewalk or you will be taken out!!  We called it organized chaos.  We actually saw a biker get hit by a car...it was crazy.  Thankfully, no one was hurt, although the bike frame was a bit messed up.
There was a good bit of smoking...which annoyed me.  People walk around smoking and even sitting outside at the restaurants there is a lot of smoke (not as bad as Amsterdam, but that will be later).  The weather was crazy.  One minute you see the sun, the next its raining, then windy, then sunny again.  So, I always had my umbrella handy, just in case.

I would LOVE to go back to Munich and Oktoberfest.  Is it bad that I miss the pretzels?!?! 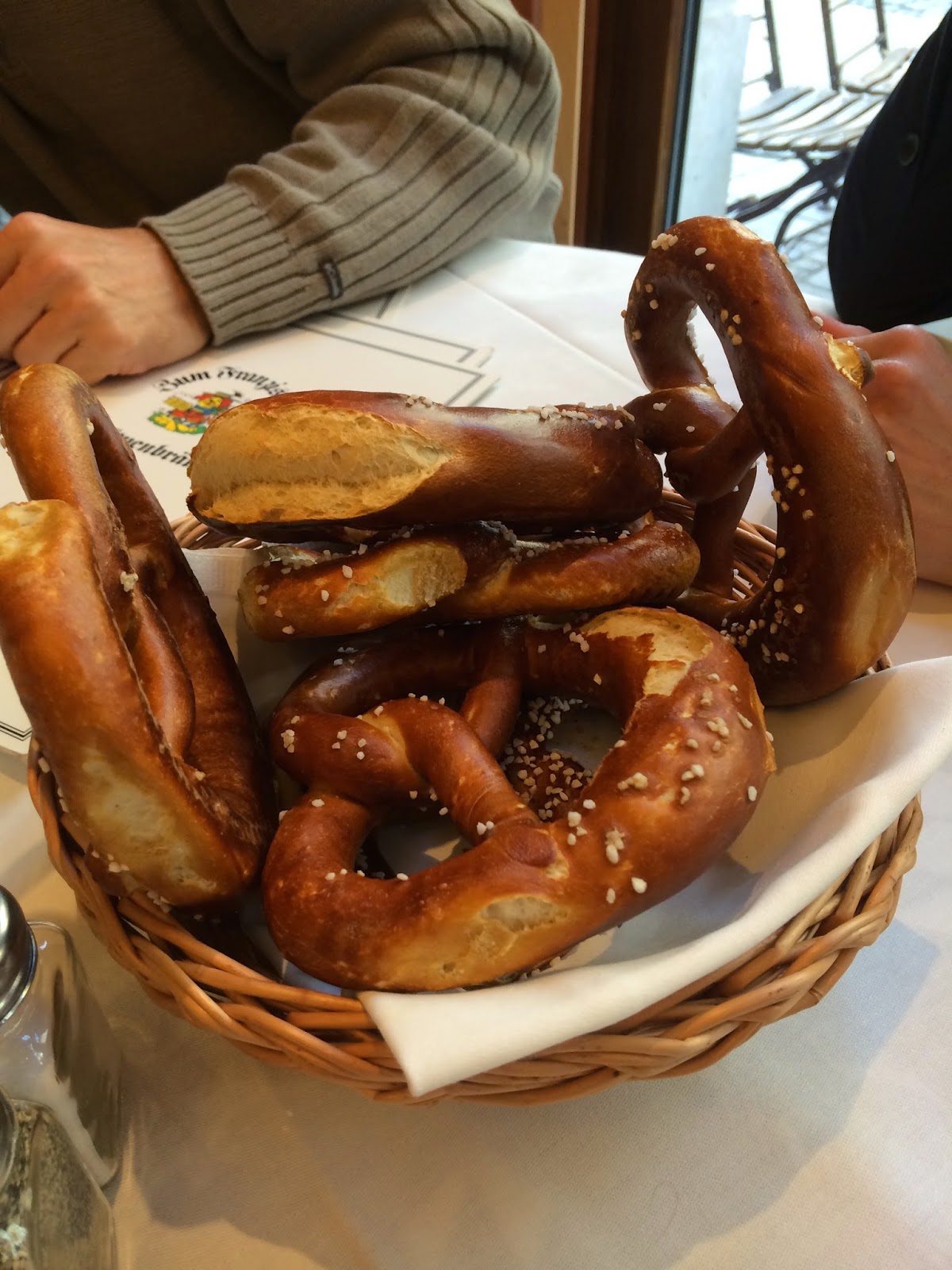 Oh...and I managed to use my HTS while in Munich...see: 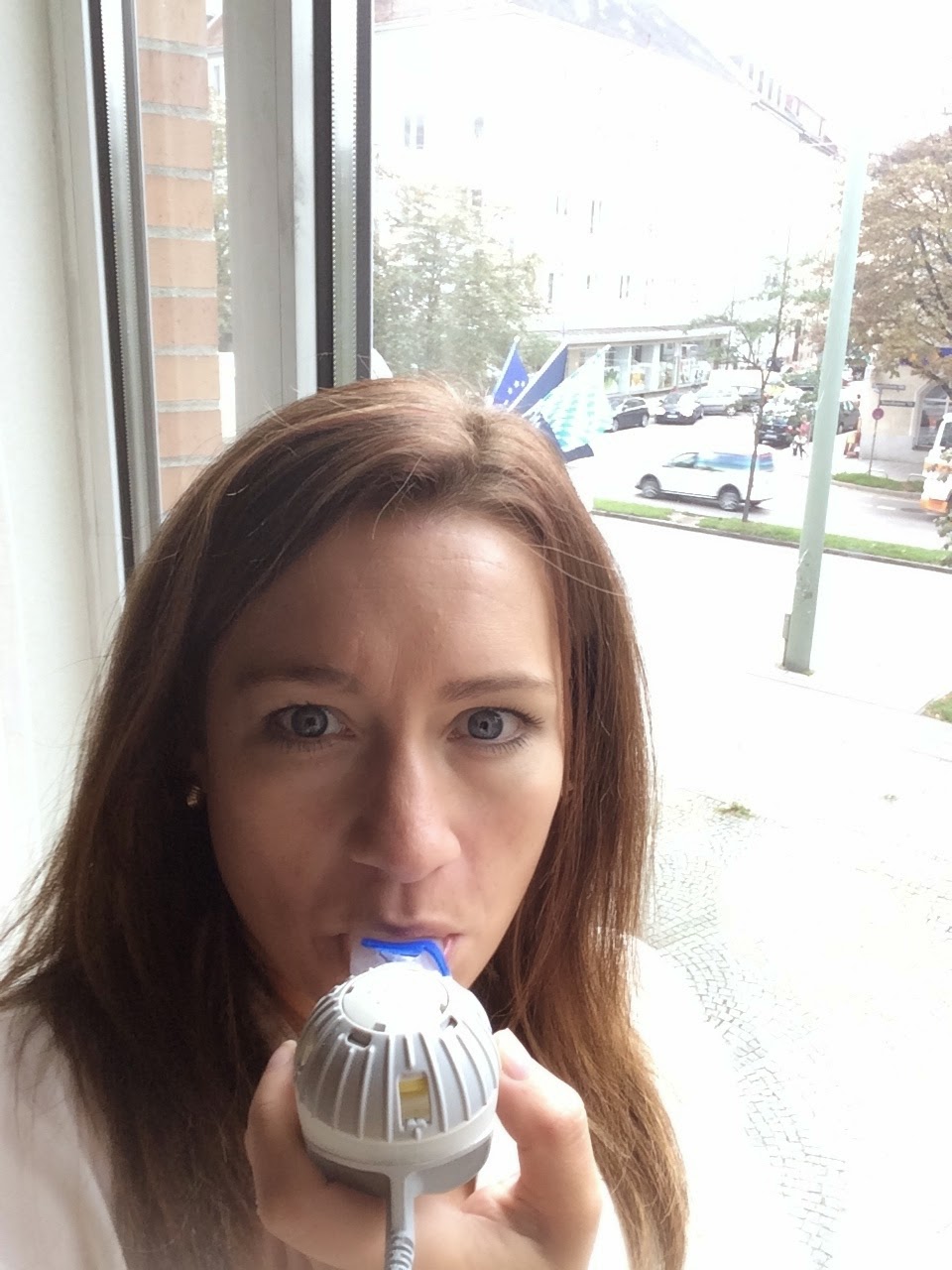