We had a nice flight from Prague to Amsterdam and arrived Sunday afternoon.  Our friends Brian and Shawn headed back home, but we continued our journey for just a few more days.  We checked into the hotel first, the Waldorf Astoria, which was gorgeous!!  Turns out Lady Gaga had stayed there the night before we arrived.  This location had just opened in May, so it was all brand new.  We stayed in the loft style room which added so much character with the beautiful beams, plus the nice view out the window of the canal. 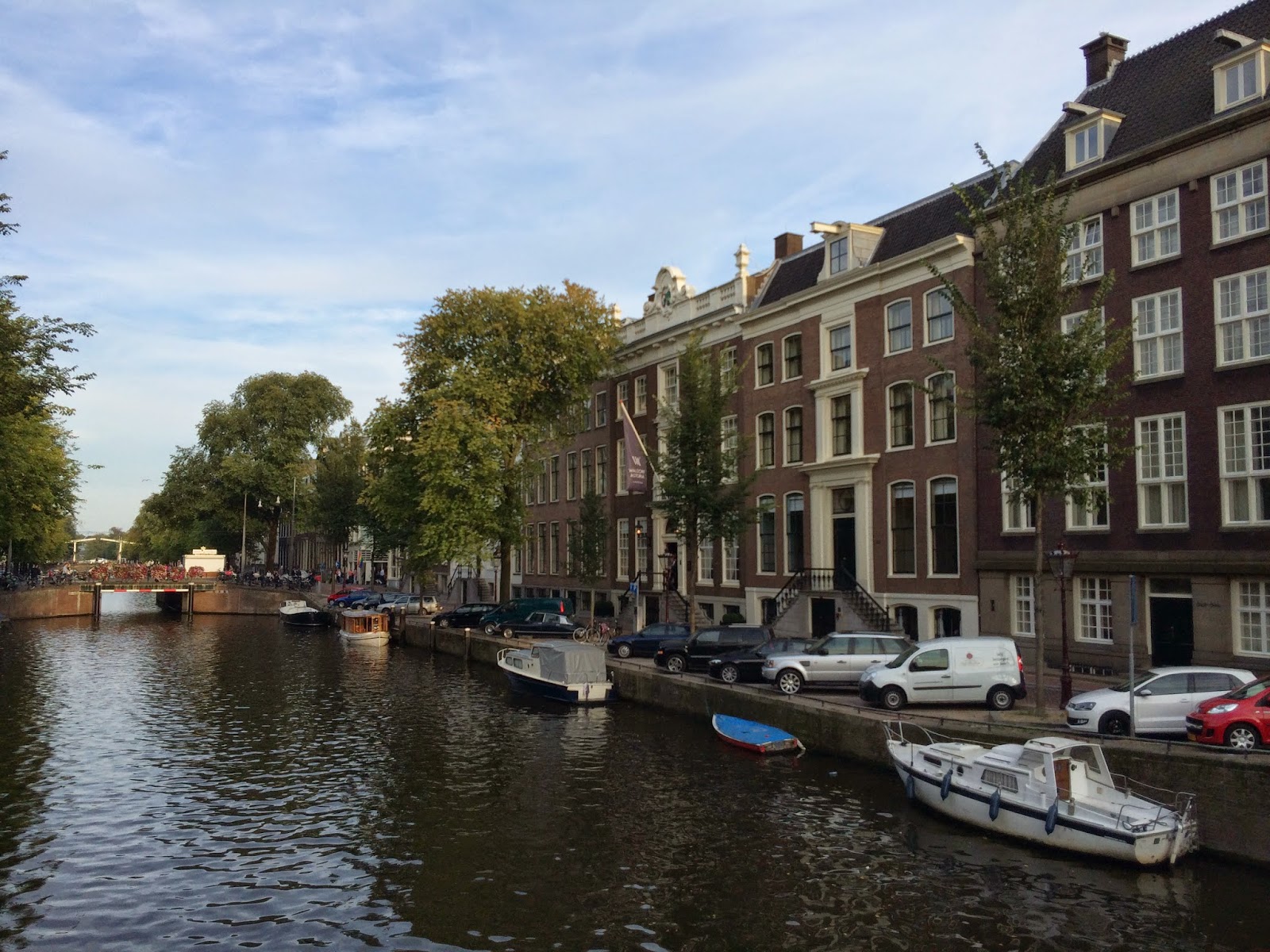 Once settling in, we headed out to check out the local area.  We walked a few blocks over towards Rembrandt Square.  There were tons of people everywhere.  After our walk, we stopped for dinner and then back to call it an early night.
On Monday, we got up early to head to the Anne Frank House.  I tried to reserve tickets online, but they were already sold out so we had to wait in line :(  It took about an hour and a half to get in the house/museum.  And it was worth it!!  We couldn't take any pictures inside, but it was surreal to see the hiding place of the Frank family (and friends).  We walked through the actual bookcase doorway that hid their living quarters.  I remember reading The Diary of Anne Frank when I was in school, so seeing the actual place where she lived was amazing and heartbreaking.  The exterior of the house was being restored, so I wasn't able to get a good picture of anything other than the door.
To lighten the mood after such an emotional journey, we took a canal ride.  It was an hour ride that carried us through the main canals and bay.  We went right past our hotel and the Anne Frank House. 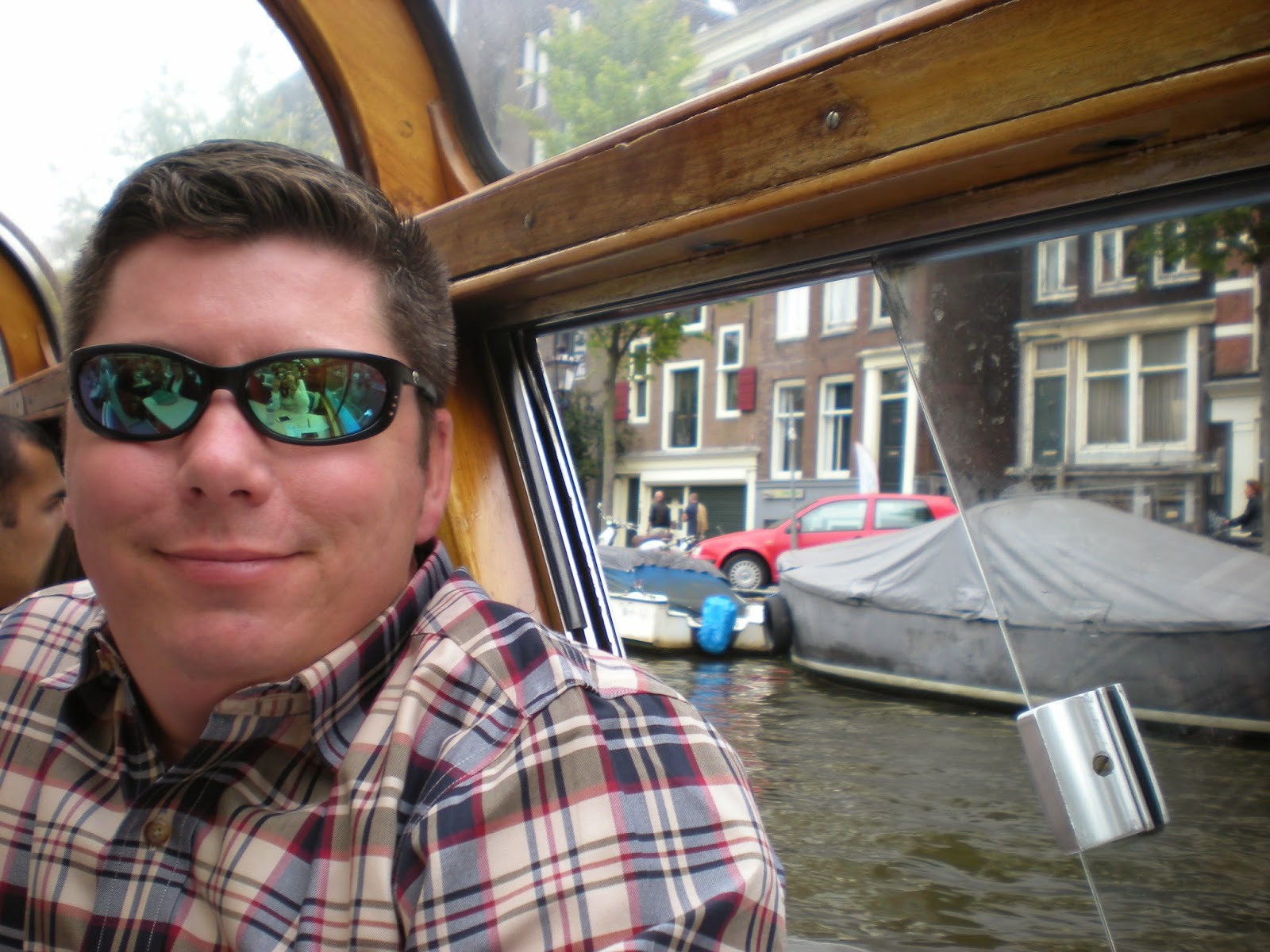 That evening was a quiet dinner and drinks back at the hotel.  A part of the now Waldorf used to be a bank.  They left the original vault there and it is now a bar.  Its pretty awesome in there.  The bar itself has old safety deposit boxes as the backdrop. 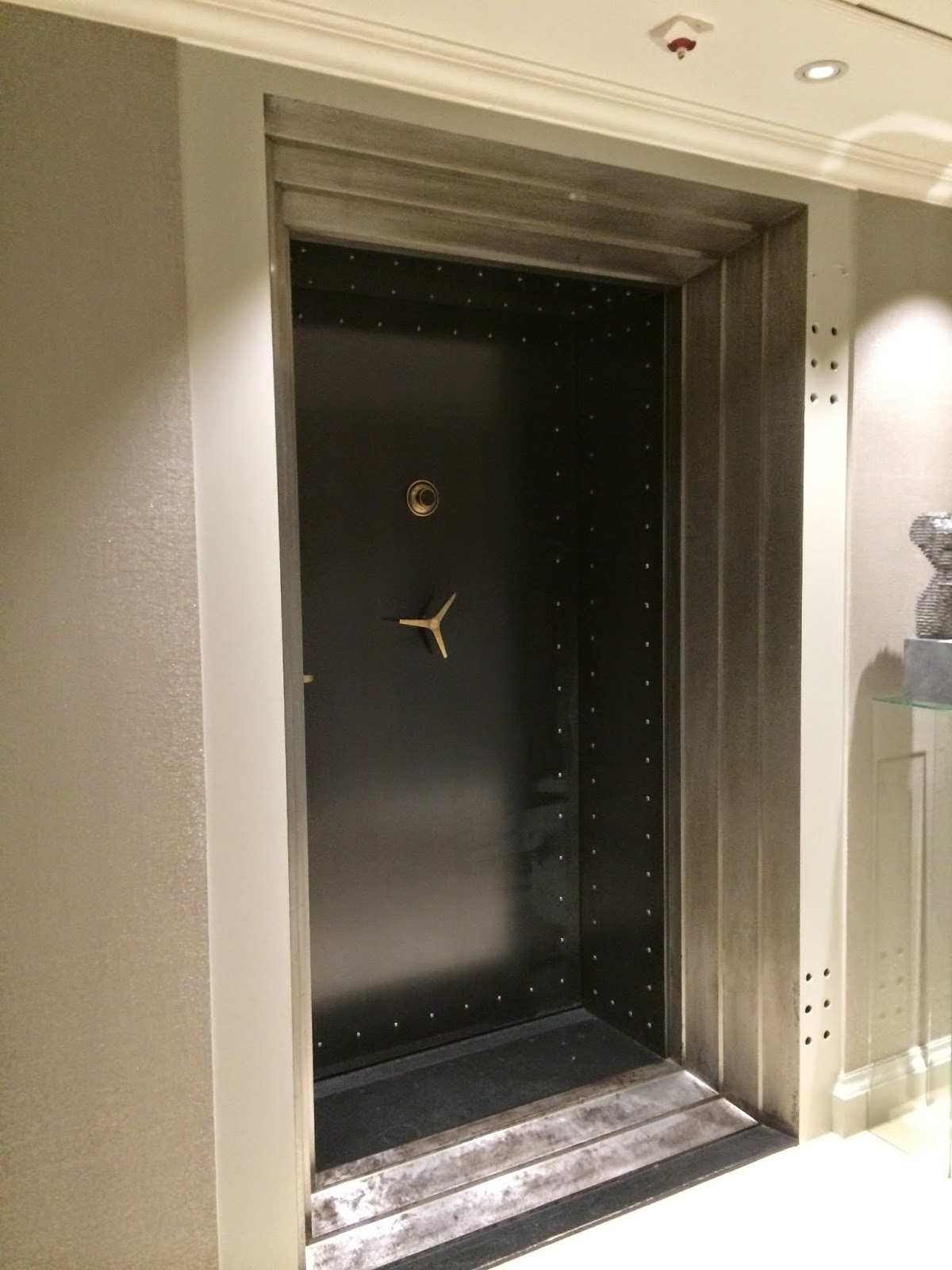 Tuesday was nice and relaxing.  We woke up and headed down to the spa for some pampering.  We both got massages and relaxed a bit around the spa pool.  We got dressed to have lunch and venture to the Heineken Experience.  A short walk from the hotel, we got a tour of the facility and some freshly brewed beer! 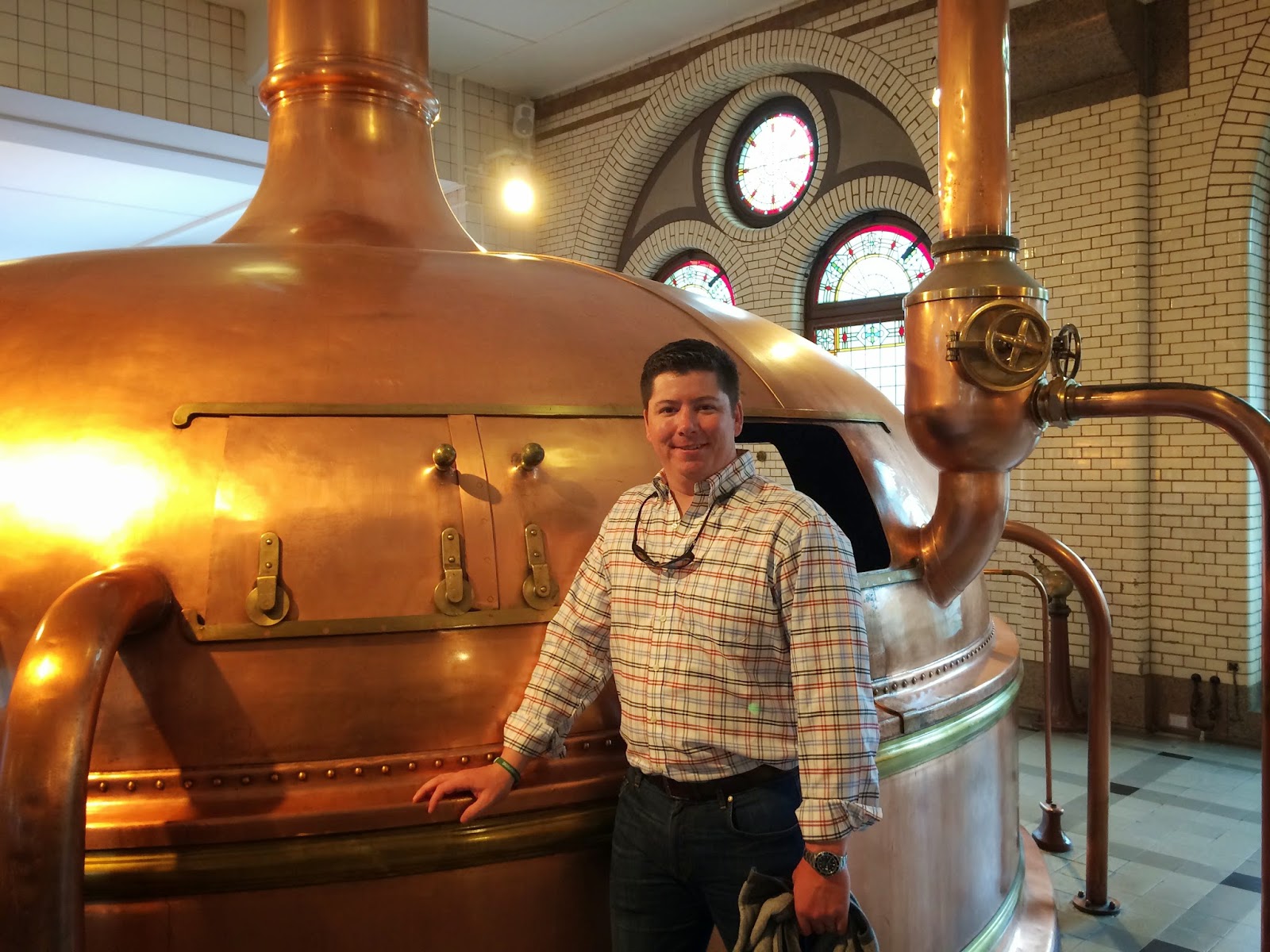 We concluded our trip with a highly recommended steak house, Toro Dorado.  It was pretty tasty!  After we went back to the Vault Bar at the Waldorf for a night cap and headed to bed as the morning would be very early!
We were up well before the sun on Wednesday to head back home!  We caught the sun coming up just before boarding our flight.  After the 9+ hour flight back home, I was thrilled to be back in the USA!!  We had a layover in Atlanta and coincidentally, my Dad was there too!  So we got to catch up for a little bit.  We also scarfed down some Five Guys - we sure missed greasy, unhealthy American food!!  Plus, I got a bag of Sour Patch Kids...I missed them something terrible!!  I looked everywhere and didn't see any :(

We enjoyed our time in Amsterdam, but it was my least favorite city to visit.  Hotel wise - it was great!!  But the city itself is kind of dirty.  There are cigarette butts EVERYWHERE...and trash.  Plus the smoking was on a whole new level, plus the aroma of other "stuff".  I know its legal to use marijuana there, but I was still rather surprised the amount of people I saw smoking pot and sitting on park benches rolling one.  I know I'm a prude when it comes to smoking...but I like my little smoke free bubble :)  I told Will one night that I just wanted to take a big deep breath of fresh air, but it did not exist in Amsterdam :(  My lungs hated it there...I actually coughed a little bit during the night.  So, the 3 day visit was just enough.

The city has a lot of character with the canals - I love the lay out...that was probably my favorite city based on that.  People ride bikes there too, but its totally different than Munich.  It's crazy!!  I felt like I was risking my life crossing the street.  The bikes come zooming by...they are worse than cars there.


Our 12 day trip was amazing!!!  We are so blessed to be able to take the time away to explore other parts of the world.  We had no worries about our bully babies back at home - our wonderful friends, Megan and David, took excellent care of them.  Its such a relief to know they are in good hands while we are away!!

Will and I were talking about of favorite parts of the trip, and we both agreed that Munich was our favorite city and we are DEFINITELY going back...especially to Oktoberfest! I am excited already for whenever that may be.  I will make sure I pack several bags of Sour Patch Kids with me on the next journey :)